Having gone to a high performing math and science high school (not to brag), I’ve taken many a math exam.

I’ve endured the PSATs, SATs, math APs, and teacher created assessments that lasted me through calculus. The subject itself was never my strong suit, but on top of everything else, I panic when it comes down to the wire. Heck, I usually draw a complete blank when I take math exams, not because I don’t study, but because the fear of what may be on the exams just freaks me out! Who knows, maybe if I didn’t have that problem I would have aced all my math classes and exams (poor me, I had to settle for “most.”) I am confident that I could have done significantly better had I learned some practical skills to cope with my fear and anxiety, which would have no doubt been more effective than the exhortation to “work harder.”

Robert, who hoped to start a PhD program this fall, took the GREs a few weeks back. He did a few practice tests to prepare and, even with numerous distractions in the background (like earning a living and feeding himself), it appeared he was going to score pretty well, despite not having taken an actual math course in over 20 years. In the days leading up to the exam, Robert was almost unbearably nonchalant and confident (he’s been in the math game for 30 years, after all), yet at the same time he dismissed GRE prep as a sham and convinced himself that he could “outsmart” the test by inhibiting his anxiety, getting a good night’s sleep, and drinking a giga-dose of caffeine the next morning.

When he came home after taking the real thing, he reported the feeling of “shock and awe” at both the length and complexity of the exam; the math section was much more difficult than he was led to believe and with the clock running, he left several questions blank. To make things worse, he actually started to panic when an additional math section appeared on his screen. 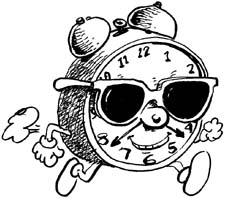 Oddly enough, for a person who spends most of his time training children and teachers to be patient and perseverant when tackling difficult math problems, Robert suffered a minor “freak out” during the final math section of the exam. In the end, he posted spectacular scores on the writing and verbal analysis section (98% percentile), while earning what he considered a “mediocre” rating on the math tasks (that is, if you believe that scoring better than 79% of the other test takers constitutes mediocrity.)

There are only two possible explanations to this outcome: Robert is not as “smart” s we all thought (at least, when it comes to GRE level mathematics) or he really did suffer a “math assessment freakout,” which would really be a hoot, considering that he actually teaches a full day workshop about the sources of math anxiety and how to counter it.

The opening activity in this workshop is “googling” the phrase “math anxiety” (spoiler alert: this search will return a lot of hits.) While many teachers, particularly in high school and college level mathematics courses, dismiss anxiety as an “excuse” for poor performance, there is more than enough evidence to prove that the phenomenon is real and problematic.

So how to minimize the issue…Robert counsels ease off on the pressure, for one. By doing this, the emphasis should be on real learning and understanding rather than memorization or getting the “right answer in the shortest amount of time.” In point of fact, Robert points out,  this is  how “real” mathematicians operate. It’s not like they go into work each day, sit down at a computer and solve 35 problems on linear algebra in 30 minutes. From the dawn of education, mathematics has been seen more as philosophy than a blood sport. We all know that Archimedes did not figure out whether the king’s crown was actually made of solid gold in 5 minutes; it took a warm bath to develop the insight that led to his “eureka!” moment. Would that we could all have the luxury of warm baths to meditate on implicit differentiation and the Taylor expansion…

Besides approaching mathematics at a measured pace, Robert advocates cooperative learning between students as a huge asset—something that, unfortunately, I didn’t come to learn until later in high school. In my experience, it was often the case that my classmates could explain things better to me than teachers, plain and simply because they were more familiar with my language. And finally—and I whole-heartedly agree with this point, as partial credit has always been my best friend—praise students for their efforts, rather than “smarts”.  It shows that you believe in their capacity to grow and develop as budding mathematicians, rather than fixing their place as “good” or “struggling.”

(Robert’s comment: this is not at all helpful, so I’m striking it out. It’s too reasonable for me, so I’m going to add my own coda.)

Let it be known: it is my opinion (Robert) that mathematics by its very nature is anxiety provoking: let’s accept it as a truth and live with it on those terms. The best we teachers can do is acknowledge it and put into practice techniques that will “turn down the heat.” I actually do a full day workshop on this; it’s not something that you can just read about in a bunch of bullet points and “do.” It requires a major attitude shift, that involves altering our language, expectations and even our very role as professionals.

You can read about Robert’s freak-out and recovery from the GREs at his “other” blog, which is slightly more off-kilter than this.