Robert has a lot of stories about what goes on in school each day, and often he recalls these stories whenever he is in the middle of some educational rant, which usually occurs when he reads an article on what he calls “the interweb.” 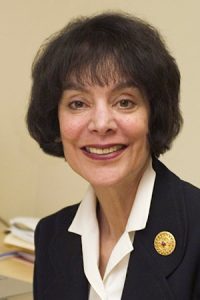 Carol Dweck, author of “Mindset: How You Can Fulfill Your Potential,” has long been one of Robert’s favorites in the field of educational psychology (his shortlist of the overrated and the “just plain terrible” includes Jo Boaler, Dan Meyer and Angela Duckworth, who all started out with such promise….)

So when he spotted this article posted on the The Facebook, Robert was reminded of the necessity of talking to children about how they should view themselves in learners. Now, Robert works with kids as young as 4, all the way up to 14, so in this decade long span, there are lots of ways to communicate how one gains proficiency in mathematics, but it must be consistent and constant.

“I was working with a fourth grade class one morning, when a young man sat down next to me to work on a set of geometric puzzles I had created. As he worked, the child got more and more frustrated, and eventually muttered aloud, “man, I really suck at this.” I looked over at what he was doing and said, “yeah, a lot of kids find this tricky at first. It usually takes them a long time to finish the first few, but then once they get familiar with the pieces, it gets easier.”

Of course, the kid fell asleep during my soliloquy, so much of what I said was ignored. He went back to work, and after a few minutes once again stated, “I really suck at this.”

Remembering my grad school professor’s admonition that I talk like kids talk, I turned to him and asked, “Mergatroid, how long have you been working on this puzzle, anyway.”

(It was actually more like 5 minutes; maybe he needs to try out this activity to sharpen his skills at time perception.)

I corrected his time assessment, and said the following:

“Well, how long will it take me to know?” he replied.

I thought about his question very carefully. On the one hand, I wanted to be realistic that some things in mathematics take time to understand and master, yet I wanted to encourage him to persevere to completion of the task.”

And with that, I said this:

“Yeah, I’d say 20 years would be a fair amount of time to spend on something before you could say you sucked at it. You really don’t suck at these puzzles yet.”

“So you’re saying I should spend 20 years working on this puzzle?”

“If that’s what it takes; but my guess is that it won’t take anywhere near that long…”

And with a shake of his head, my friend went back to working on the puzzle, which he later solved in the afternoon.

This (thankfully brief) story summarizes a lot of what Carol Dweck has been trying to advocate in her work, albeit with a twist. According to Dweck (who is not the first person to advocate for the “growth mindset,” by the way), the most important word to use when describing the challenges facing a child is the word “yet.” When we use this common and simple word, we are expressing our confidence that a child will persevere when facing a challenge which appears to be overwhelming.

The pivotal moment in Robert’s understanding of this word was when he was evaluating a young man whom he observed banging his head during a class he was visiting in North Carolina. When he sat alone with the child later in the day, he asked why he felt so challenged by math.

“Teacher says I don’t know my multiplication tables,” he explained.

This went on for about ten minutes; what it turned out was that this boy knew almost all of his multiplication facts, with the exception of the “difficult” ones (8 x 6, 7 x 8, 6 x 7, etc.) Every time he came upon one of these facts, he was reminded of what his teacher said and got angry at himself.

With that, Robert could see his man’s face change a bit. He continued:

“Knowing 95 out of 100 facts means you know 95% of of the multiplication facts; in my book, that’s pretty good. Sure, you should learn the other 5%, but that wouldn’t be that hard, would it?”

And with that, young Will actually started to smile.

This little word has been Robert’s favorite word to describe the challenge of learning mathematics, whether it is a 4 year old struggling to count to ten or a 14 year old attempting to factor a quadratic equation.

“You can’t be bad at this yet. Give it 20 years, and if you haven’t seen yourself improve, well, then you can say you’re no good at it, okay?”

This post was brought to you by the following resources Robert publishes and even makes a few pesos from now and then: 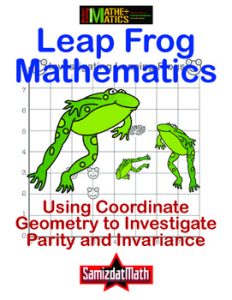